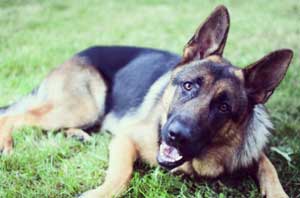 German Shepherds are incredible K-9s.  GSDs are the definition of well-rounded.  This is a reason that they are the second most registered canine in the US.  This popular pooch is not only cool looking but smart.  We have gathered some interesting GSD details and some cool pictures of German shepherds for you.

Whatever a Labrador can do, obviously I can do better!  To put it another way, I should be the most popular dog!

Neuropsychologist Stanley Coren, PhD is the author of The Intelligence of Dogs.  In his book, he ranks breeds according to their intelligence. The GSD is the 3rd smartest dog. The only two breeds above this shepherd are the Border collie and the Poodle.

His research shows that German shepherds are in the top tier of breeds. They can learn a new command in within 5 repetitions and remember it 95% of time.   It is no wonder that GSDs are the most trained K-9 for police and military work. 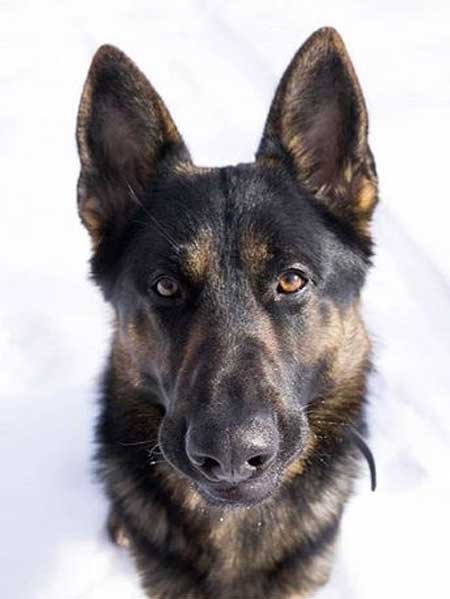 The German shepherd is a young breed compared to other breeds. The GSD started out as a goal from German, Captain Max von Stephanitz in 1898. His ultimate goal was to create the superior herding dog.

In the 1800’s, the best herding dogs came from Germany.  However, these herders were not a unique breed.  If you wanted a good herding dog, you would have to count on the parents being good herders.

The Captain decided to change that and develop a unique breed. This breed would have the skills of the best herding dogs. Also, he strived to have this new breed physically good looking.

Creating a unique breed took some time.  When the Captain was perfecting the GSD, another evolution was occurring.  The industrial industry was replacing the farming industry.  This has a direct effect on the demand for shepherds. 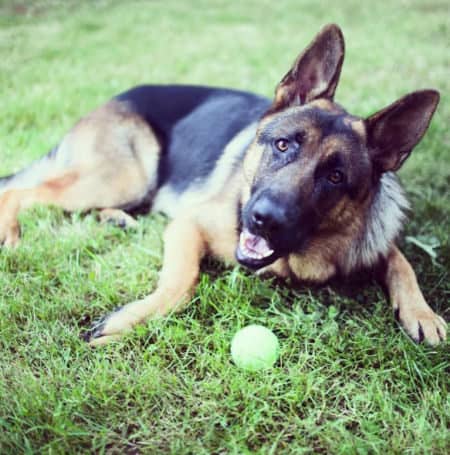 So, the Captain refocused the GSD’s purpose from herders to police and military K-9s.  During WWI, German shepherds participated in several different duties. They served as medical and messenger dogs.  They also served as guard and a search canines. 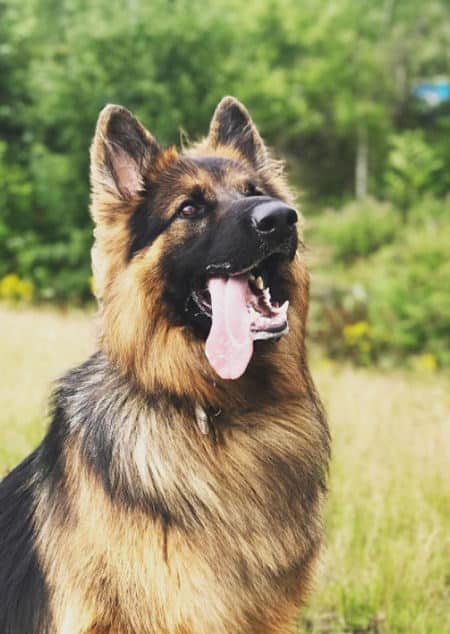 Once Americans saw this pooch in action they were more than happy to take them home.  After the War ended, the GSD’s popularity exploded in the US.  During this time, Germany was in ruins and breed regulation was neglected.  For these reasons, the quality of the breed declined.

This decline alarmed Captain von Stephanitz. He quickly regulated that a German shepherd had to pass an intelligence test to breed. However, this rule only pertained to the German Breeders and no one else.   Luckily, through his actions the European GSDs still maintained their original traits. 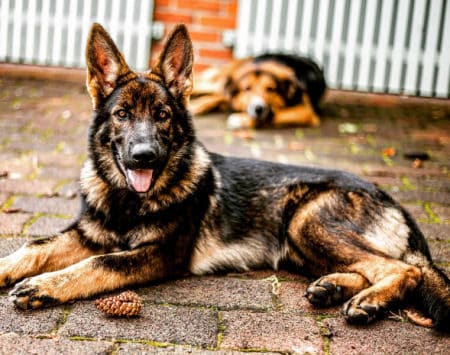 The US breeders on the other hand were focusing on their looks.  Their main goal was creating show dog caliber versions. Unfortunately, this focus on looks reduced the intelligence of the canines.

This created a huge difference between a GSD from Germany and one from the US.  This became a major issue for the Military and the Police.  Causing many US police departments to start importing German Shepherds from Germany.

Luckily, the US breeders saw this mistake. They began to focus more on ability and less on looks. This redirection has allowed the GSD breed to once again ascend to its full potential. 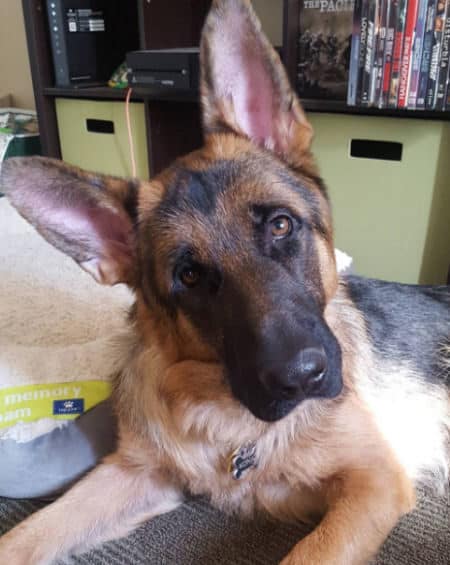 How big do German shepherds get? 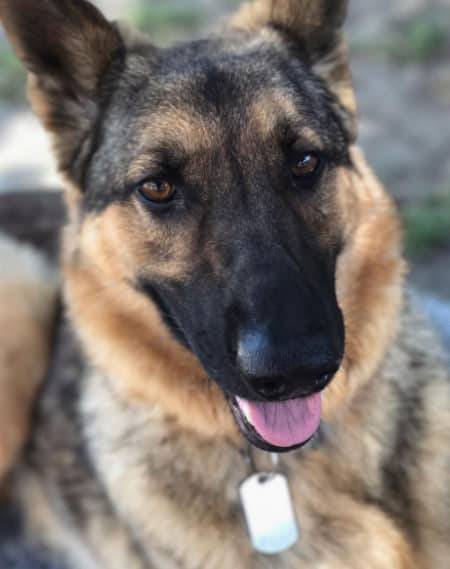 How much do German shepherds weigh? 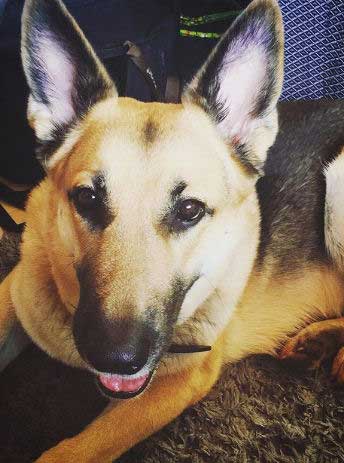 When do German shepherds stop growing?

This is dependent on the bloodline. Regardless, shepherds grow fast! Some GSDs do reach their 100% mark for both height and weight by 1 year. Yet, some will take a little longer to reach this point. An average time for a German shepherd to reach maturity is between 1 ½ and 2 ½ years.

Sooner or later, you’ll ask me why I destroyed your shoes.  Remember this moment. 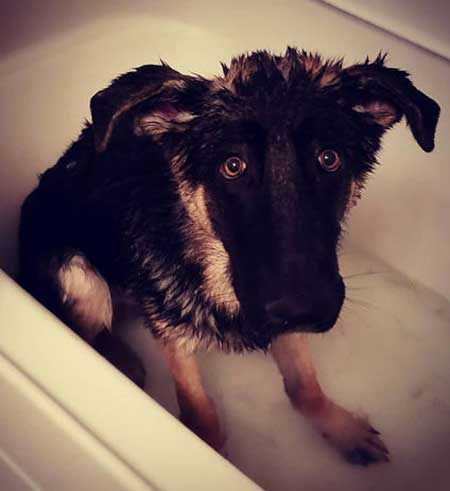 If you have some time, this video shows the first year of a GSD’s life. Beware, you will be wanting a puppy during this video.

How much is a German shepherd?

With all the above considered, a family pet might cost 1000 dollars. If you want to get into breeding, or showing, you can expect to pay above 2000 dollars. If you see a German shepherd for sale for less than 1000 dollars, be careful. It costs money to breed quality. You might think you scored a deal, but odds are you did not.

The AKC keeps a list of reputable breeders, if you are looking for a GSD pup.

How fast can a German shepherd run?

Even though they are big dogs, they are mostly muscle. So, German shepherds can run fast! Most owners claim there GSD usually hits around 30 mph. 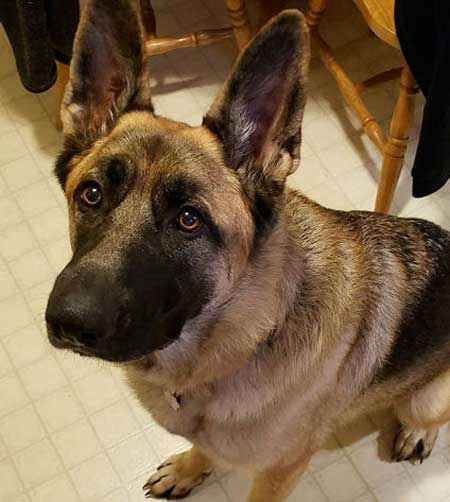 As can be seen in this video, 30 mph was easily reached. 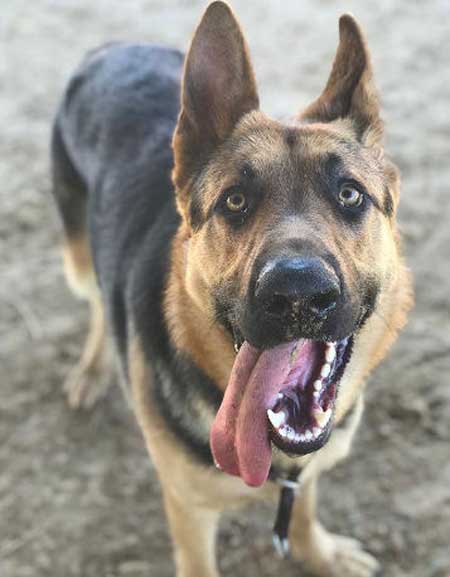 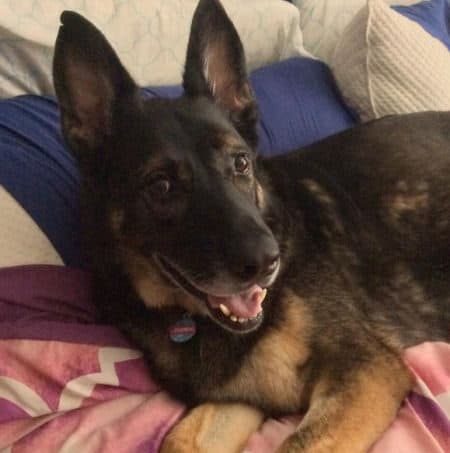 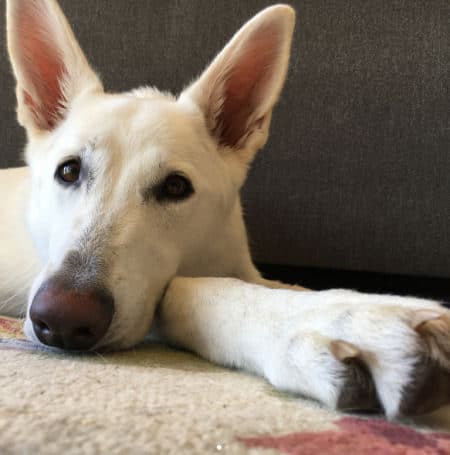 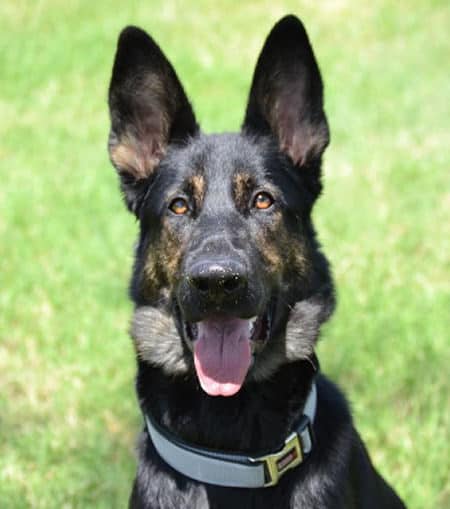 Whenever I see a black GSD, I’m in awe!  There is something so cool about these dogs! 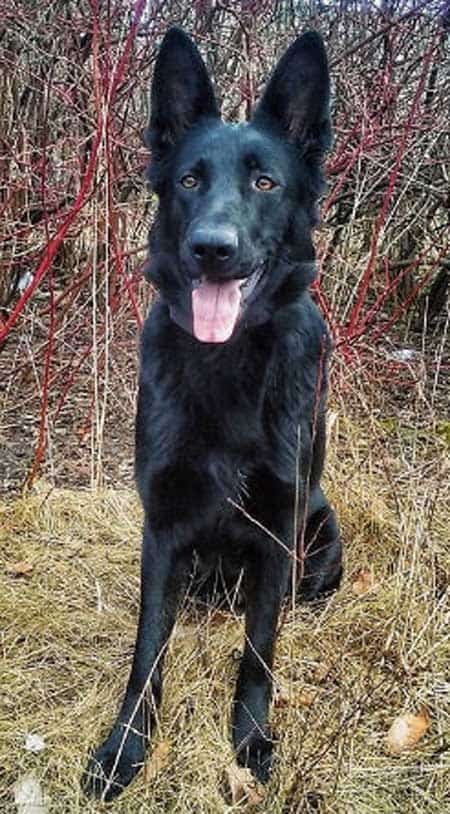 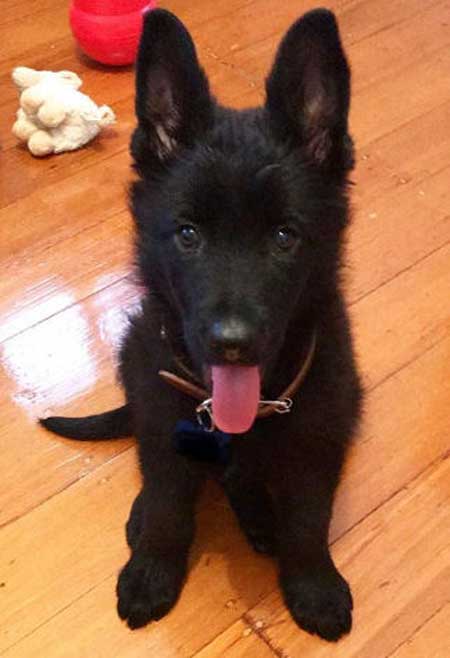 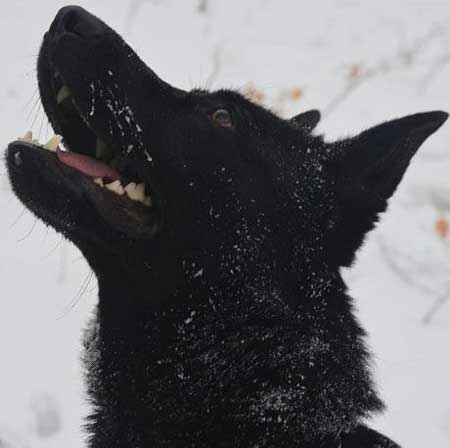 If you are going to watch one Crazy German Shepherd Video today, this has to be the one!  I’ve seen some crazy pairings before; but I think this really takes the cake in this Awesome Dog Video.  I know that German Shepherds are on the top tier of intelligent dog breeds.  So how did this happen? I’m scared to let my pooch loose near stuffed animals, let alone live animals.  Allowing this German Shepherd access to the crow takes some guts.  Then again, what’s up with the crow?  I honestly do not know which one I feel scared for!  I saw that Bird movie when I was a kid, ans those things can do some damage!

If you still need more GSDs then let me recommend the following post:

If you know someone that loves pictures of German shepherds, then be sure to share this post.  Because even your friends deserve a little coolness.  We also have a ton of other kinds of Dog Pictures.

Join all the other canine lovers that have subscribed and followed us. Because you will the first to be notified when we release another awesome Dog post!

Become a fan or follower on our Facebook page, Twitter and Google+ Page.  Additionally, be sure to visit our Pinterest page and follow all of our boards!  In fact we have a whole board dedicated to German Shepherd Dogs.

Remember, life can be hectic, so chill out and let your paws do the clicking!  And of course get your Wag On! 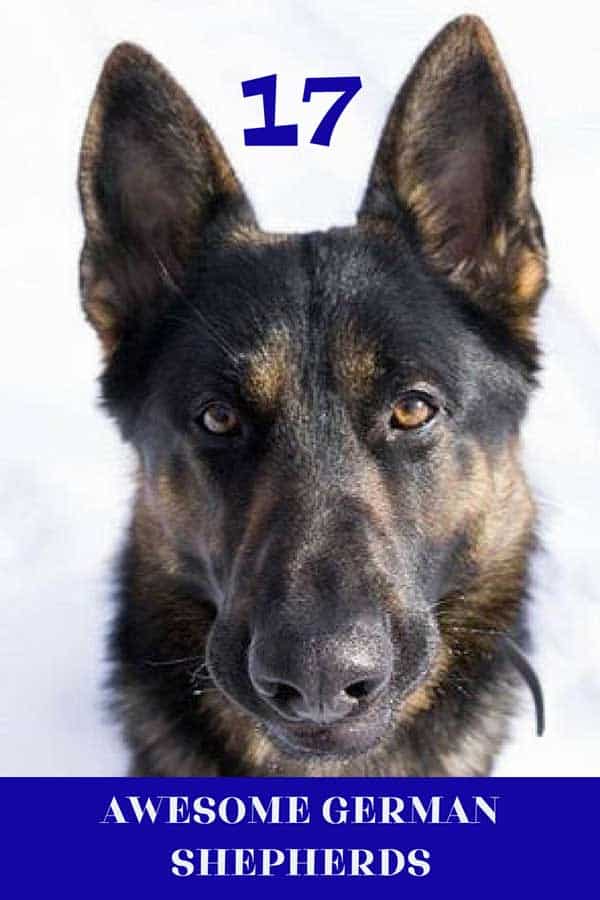