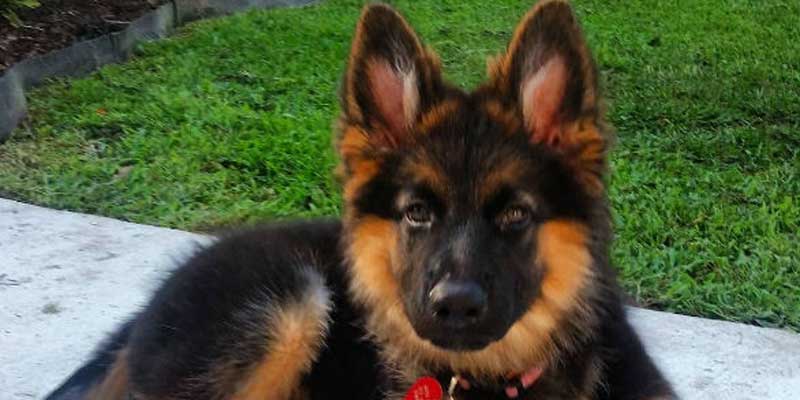 The GSD is so awesome looking! Not to mention, they are strong, agile, and smart. For this reason, they are often used as police and guard K-9s.

Yet, many people are afraid of them. To ease your fear, we have gathered some pictures of German shepherd puppies. We also have 10 German shepherd facts to paint a complete picture of this dog. 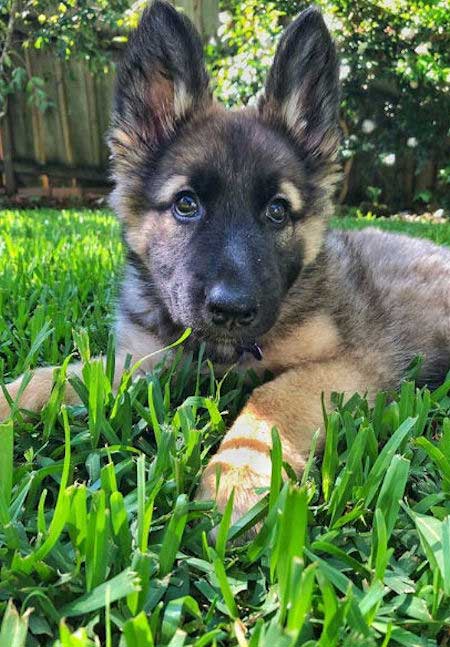 This GSD puppy will definitely be a huge dog! 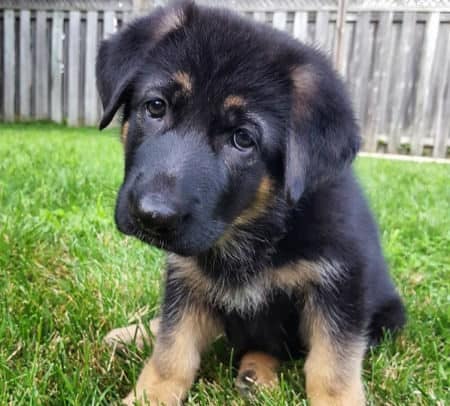 Of course, who would ever be afraid of a GSD Puppy head tilt? 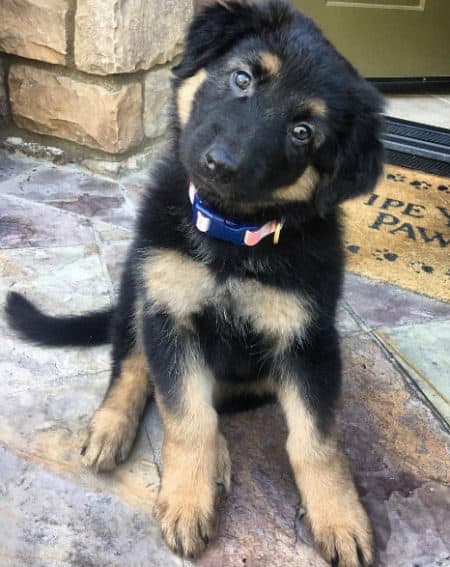 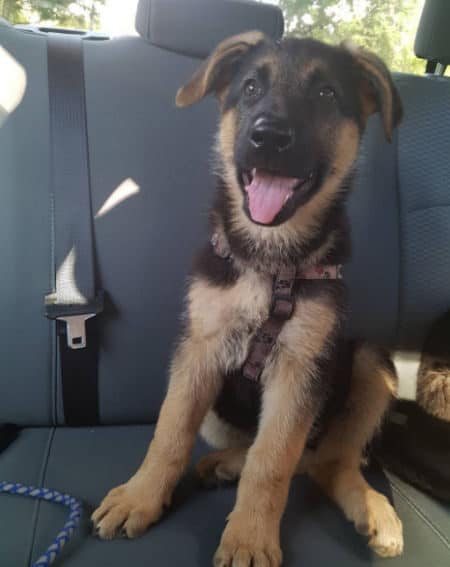 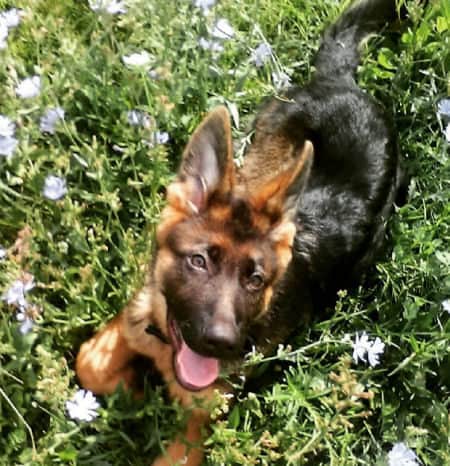 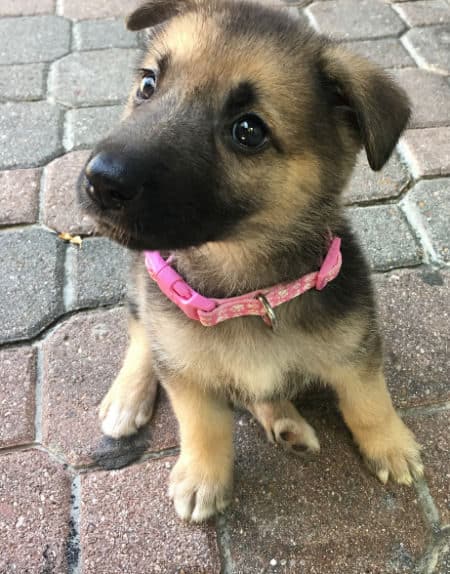 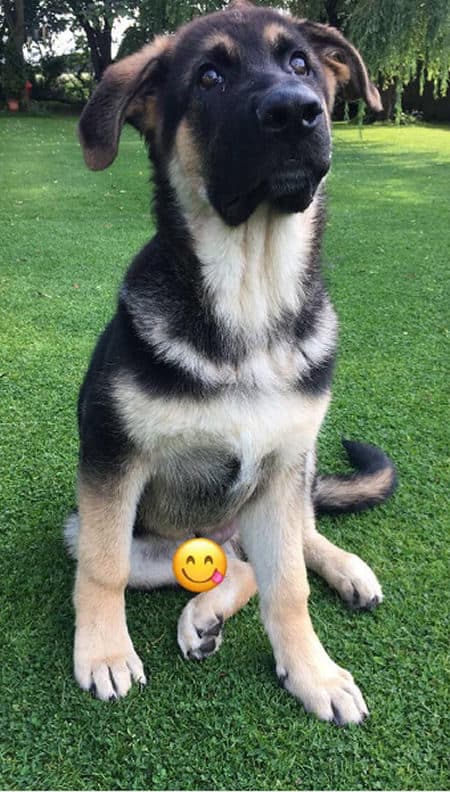 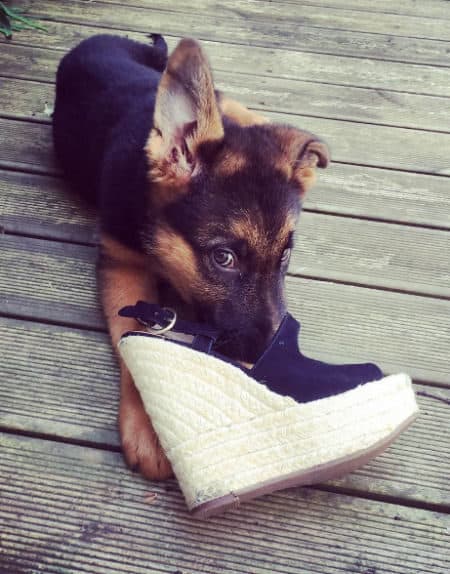 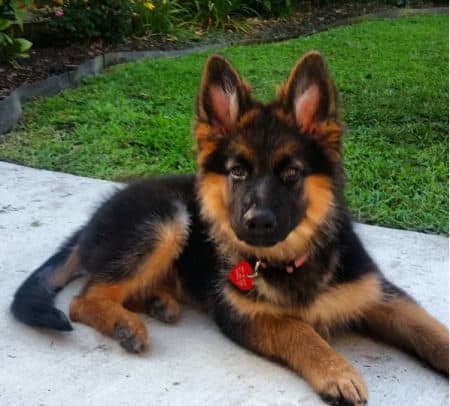 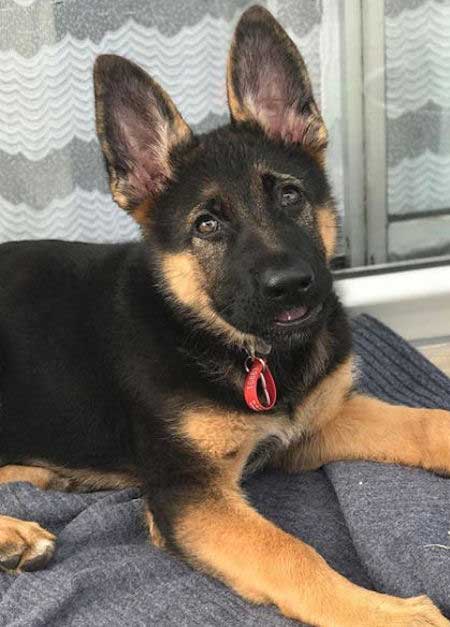 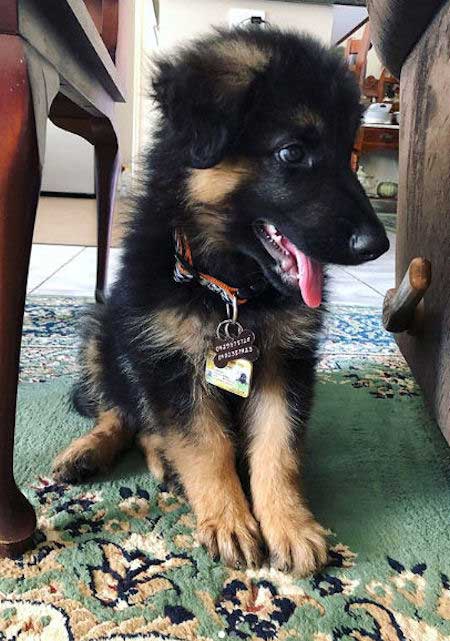 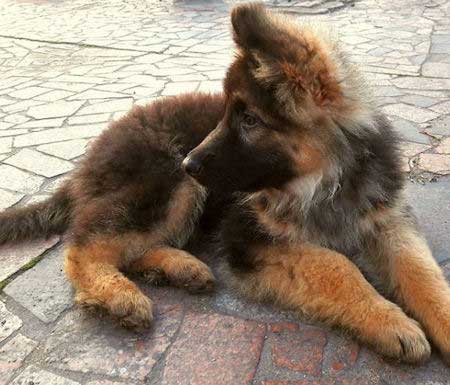 Here is a funny German Shepherd Puppy Video documenting the great beast being introduced to a phone’s ringtone.  Just wait until they introduce the doorbell, microwave and smoke alarm!  I know the gadget in their hand might confuse some of you, but it is a cordless landline phone.  It was technological wonder back in the day.  It enabled us to actually leave the kitchen when we were talking on the phone.

There is also a post with Adult GSD Pictures.  If you are getting a GSD, then we have some great names!

Join all the other K-9 Lovers that have subscribed and followed us.  Because you will be the first to know when we release another Cool Canine post!

In the event that you found this post from a pin, be sure to save it.  Please leave a comment on the pin if you smiled at any time during this post.

Go ahead and pin the above pictures!  If you get a chance, check out our Pinterest page.   Also, be sure to follow all of our boards!

Remember, life can be hectic, so chill out and let your paws do the clicking!

If you want to see more Puppies, then check out these posts. 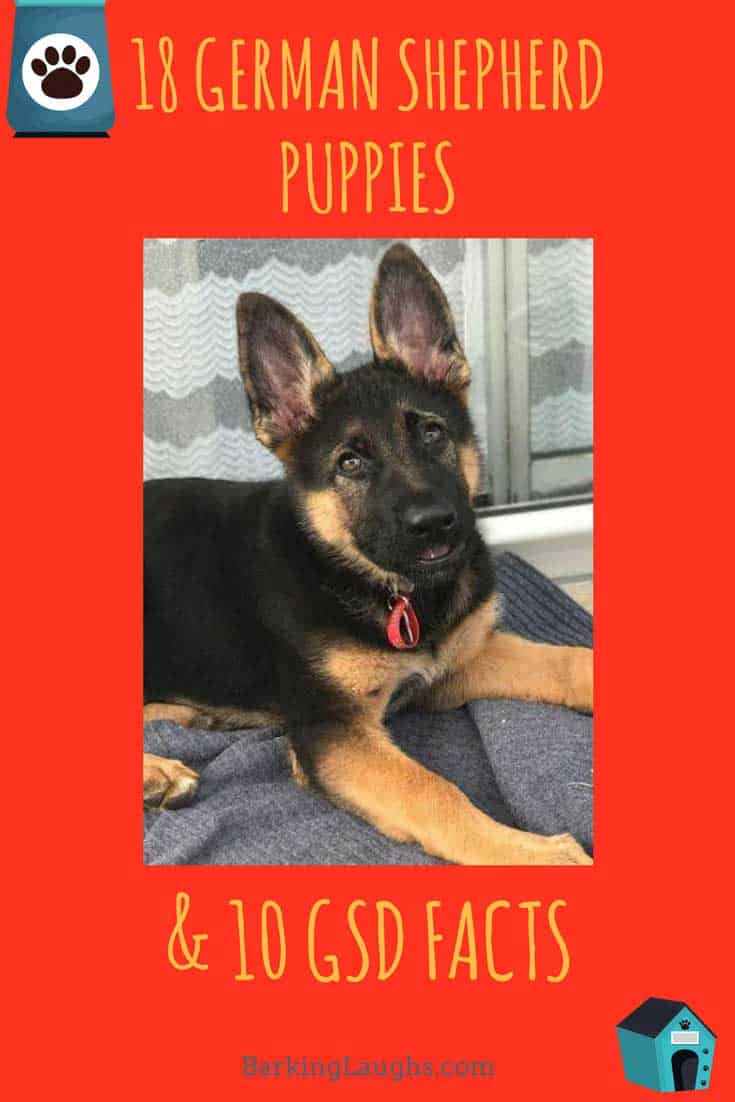 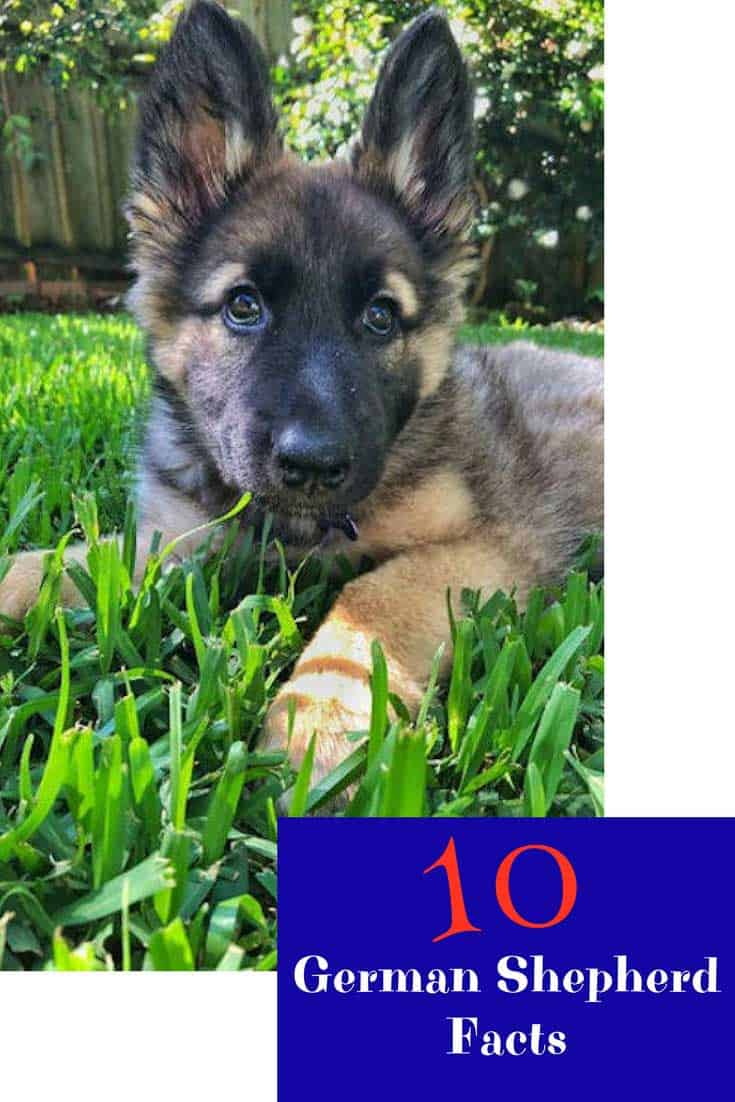 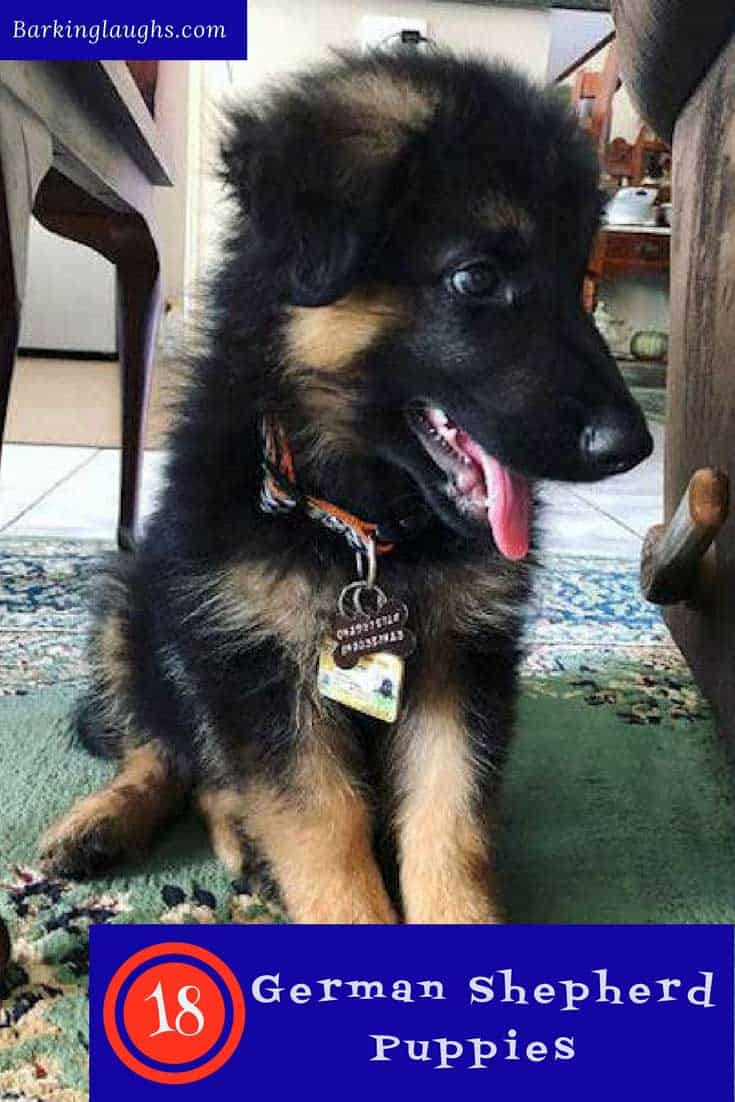